As of a young age, Patrick Bernard had already started to show interest in the bodybuilding phenomenon. Being somewhat of an unruly teenager, he began training on his own in his basement at the age of 14, which allowed him to maximise the use of his abundance of energy. At age 15, Patrick joined a nearby gym and quickly developed a rigorous discipline for his workouts. From that day forward, working out became an important part of his daily routine.

At the age of 23, he met a very well-known and reputable trainer from the Quebec region, Marc Sauvestre, who at the time saw remarkable potential in Patrick, not only physically but psychologically. In 2002, he therefore began competing in the light-weight category, where he began his ascension of the bodybuilding world by taking first place in all of his competitions: Pro Gym Cup, Québec Métro, Provincial Championship, National Qualifications for the Slovakia Grand Prix and the Canadian Championship.

In 2007, his reputation for the discipline he demonstrates when training and dieting allowed him to meet his mentor Chris Aceto, who is world-renowned for his sport nutrition methods and bodybuilding. Patrick credits his repeated victories as the middle weight champion at the Canadian Championships (CBBF) to Chris` scientific knowledge of nutrition. Patrick participated in over 7 Canadian Championships and placed first 4 times. He was also runner-up 3 times; following the first place winner by an extremely small margin of points.

Patrick`s will to bring to the stage a superior level of physical form and presence pushed him to evolve his style through dance, which resulted in his earning the title of Canada’s Best Poser and Best Routine twice. This is when Chris Aceto began to call him Pat ``The Machine`` Bernard.

In 2011, Patrick participated in the newly developed Canadian Elite competition which welcomes only previous Canadian Bodybuilding Championship winners. It was at this event that Pat became thee first competitor under 202lbs to win the competition, and the Overall category; in addition to earning him his Professional Bodybuilding status (IFBB Pro).

Patrick Bernard is now known in the bodybuilding world for his impeccable physique and his original routines. 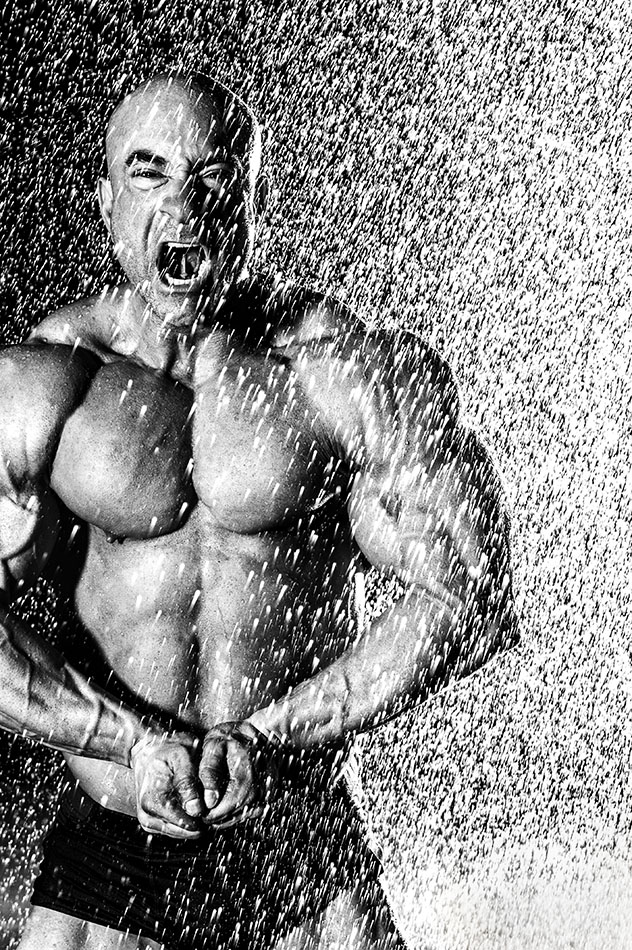